Who doesn’t love hamsters, right? They are very well-mannered and cute, so they make for an amazing pet.

Can you use cat or kitty litter for hamsters?

You should not use a cat or kitty’s regular litter for hamsters. Cat litters usually contain clay and sand which can cause health issues to the hamsters. However, if the cat or kitty litter is made of paper, grains, wood, or vegetables, you can use it for hamsters.

Not every type of cat or kitty litter can be used for hamsters. This is because hamsters are very little creatures, and they won’t be able to bury their urine and feces under rough and heavy litter used for cats.

So, they can get health problems if the right type of cat litter is not used for them. Let’s take a look at what cat litters you can or can’t use for hamsters.

Wood cat litter is fairly safe for hamsters. In this litter, wood is shredded into pieces and then processed to make them smooth. This type of litter absorbs water quite well and dries off quickly.

However, hamsters can chew the wood cat litter, and it can block their intestines if they swallow any of it. Pinewood or cedarwood can also make the hamsters sick.

Paper cat litter can be used for hamsters as long as they are not doused with chemicals. The paper litter is quite absorbent and not that rough, perfect for small animals such as hamsters.

In addition to that, this cat litter is also biodegradable, so you can replace them frequently without having to worry about the environment.

Silica cat litter shouldn’t be used for hamsters since it can be potentially toxic. The small silica granules can also get into their ears, eyes, or nose, which can be quite harmful to their health.

Although tofu is a non-toxic material, you should not use tofu cat litter for hamsters. This is because tofu has a high protein count, which can cause kidney problems if the hamsters eat them.

Can you use cat litter for hamster bedding?

The cat litter can also be sometimes too dense. Since hamsters are small animals, they don’t have the power to dig through and nest on those heavy litters. So, not every type of cat litter can be used for hamster bedding.

You can however use paper-based or wood-based cat litters for hamster bedding. However, the litter should be in granules form so that the hamsters can easily burrow and comfortably walk over them.

That being said, you can use any type of cat litter in the base for the hamster bedding because they have excellent odor-absorbing qualities. The cat litter can also absorb water very fast, perfect for keeping the bedding dry.

Can you put cat or kitty litter in a hamster cage?

You shouldn’t normally put cat or kitty litter in a hamster cage. Cat litter is mainly manufactured for cats and it can cause various health issues to small animals such as hamsters.

Hamsters like to burrow and build their nest in a cage. They won’t be able to do that if you use kitty litter as it will either be too dense or not dense enough.

If the hamsters can’t burrow, they won’t be able to sleep as they naturally do, which will degrade their health. So, you should not use cat litter on the surface of a hamster cage.

Is cat litter safe for hamsters?

Cat litter is not safe for hamsters, it can cause serious issues to them. This is due to the fact that the sand-based and clay-based litter contains small granules.

These granules can get into the eyes and ears, which can cause severe scratching and other health issues.

Hamsters can also eat or swallow the cat litter if you use it for bedding or in the cage. If they swallow the litter, it can lead to intestinal blockage. Intestinal obstruction can be a life-threatening illness and can be fatal in a matter of minutes.

The cat litter also contains various chemicals so that it absorbs odors quickly. The silica cat litter can also be toxic at times. If hamsters chew on those litter, it will face serious health problems. As a result, you should avoid using cat litter for hamsters.

Won’t be able to burrow:

Hamsters burrow for hiding and to create a safe place to sleep. They can also burrow to store their food. They usually do it when fresh litter is placed in their cages for bedding.

The cat or kitty litter is usually dense and heavy. As a result, hamsters won’t be able to burrow as they normally do. So, it will have a huge impact on their mental health and they might even stop eating.

Litter get into ears and eyes:

The kitty litter is made of granules so that they can hide their feces and urine according to their natural behavior. The small particles can get into the eyes, nose, or ears, which can cause major health issues along with severe itching.

If you use cat litters for hamsters, they might consume it out of curiosity. The intestine of the hamsters will get blocked if they swallow the cat litter.

The intestine blockage will be very dangerous for hamsters and it might stop their digestive system instantly.

Many cat litters can also be toxic to the hamsters. In fact, a few of the liters are douched with chemicals, which can cause skin problems.

What to use for hamster litter?

There are numerous brands and types of hamster litter available. You will have to choose one that goes well with your hamster. Always make sure that the litter you are choosing doesn’t make your pet sick and unhealthy.

Have a look at what to use for hamster litter:

The granules of this litter are comparatively larger than other litters available in the market. This hamster litter absorbs liquid very fast. It is also made of paper, so if they swallow the litter, it won’t cause any health problems.

This paper-based litter won’t also stick to the sides and bottom of the litter box. So, cleaning the litter box with this litter will be effortless and simple.

It is eco-friendly and biodegradable as well. So, you can refill your hamsters’ litter box often without any hesitation. 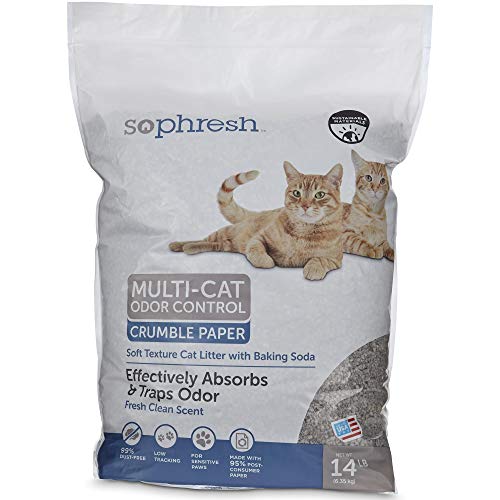 Although the Kaytee Critter Litter is made from clay, it is safe for hamsters. It is made of volcanic ash clay, which is non-toxic, hypoallergenic, and dust-free. 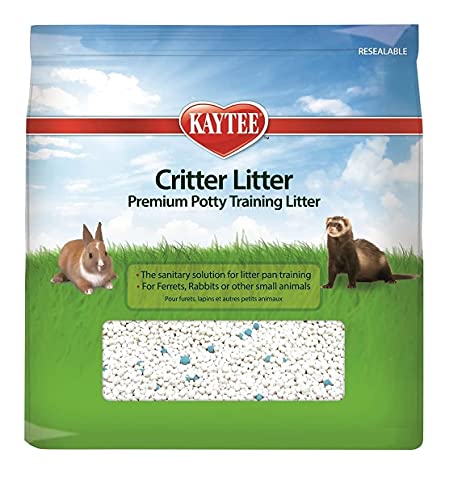 When compared to clay litters, it produces roughly twice the volume of litter, and it is much more absorbent. One of the best features of this litter is that it is deodorized, so you won’t have to worry about bad smells all over your house. 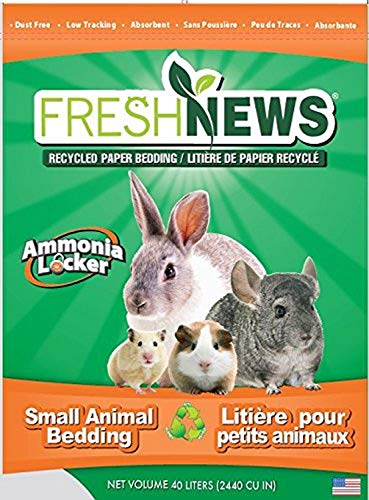 You should not use kitty litter for hamsters. Cat litter can affect both the physical and mental health of the hamsters. They can get sick and face other health issues by eating litter. The hamsters can also face insomnia and depression for not being able to live and burrow normally.