ZzzQuil or melatonin has effective sedative qualities that function as a sedative to calm and soothe anxious, hyper, and frightened pets. But sometimes ZzzQuil and melatonin react badly and the pet is affected with many side effects which can prove harmful as well.

So if you are an owner of an anxious/hyper pet dog, naturally you would think about whether or not you can give your dog ZzzQuil or melatonin.

Can I Give My Dog ZzzQuil Or Melatonin?

Zzzquil or melatonin can be given to dogs to calm down and soothe anxious, hyperactive, and dogs with different types of phobias. But before giving ZzzQuil or melatonin dosages, it’s a must to consult a vet first and give dosages as per the vet’s suggestion to avoid any major side effects in dogs.

Is ZzzQuil Safe Or Bad For Dogs?

Zzzquil comes in both liquid and gummy form which can make you wonder which form of ZzzQuil would be the safest for your dog’s health and which can deteriorate its health.

Therefore, following here both types of ZzzQuil supplements have been described in detail so that you can comprehend whether liquid ZzzQuil and Melatonin are safe/bad for dogs or not.

Liquid ZzzQuil is not bad for dogs but without a vet’s recommendation, it’s not safe for dogs either.

Liquid ZzzQuil is an over-the-counter supplement that contains diphenhydramine which is an active ingredient and if diphenhydramine is given without the vet’s recommendation, it can create side effects on dogs.

And these side effects include sluggishness, urinary retention, diarrhea, vomiting, breathing issues, and loss of appetite.

Diphenhydramine is also not so well-known for working effectively on dogs to reduce anxiety and help them to sleep peacefully if the right doses are not given.

Besides, liquid ZzzQuil contains alcohol as well and alcohol might not suit dogs well without a vet’s suggestion. 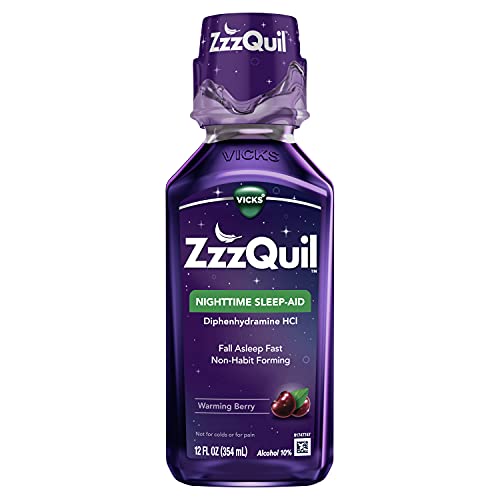 ZzzQuil gummies are considered safer to ingest for dogs as these gummies don’t contain any xylitol, drug, lactose, gluten, and gelatin.

So if your dog takes ZzzQuil gummies as per the vet’s instructed dosages, he is most likely not to get affected by any kind of severe health problems.

But in cases where a dog has eaten too many ZzzQuil gummies at once, it may experience quite a few digestive indications like nausea, vomiting, sleepiness, and diarrhea. But none of the symptoms generally don’t last more than 12-24 hours.

However, if any of these symptoms especially diarrhea and vomiting last more than 12-24 hours, it can turn into a serious problem, and then you immediately should contact a vet. 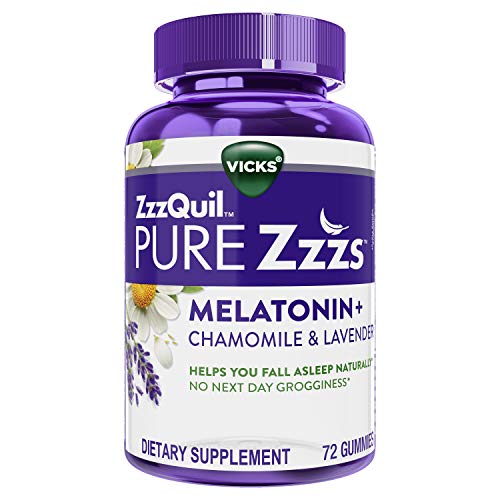 Also, even if your dog doesn’t suffer any digestive problems, it’s better if you take a vet’s advice to ensure safety.

How Much Melatonin Is Safe And How Much Is Too Much For Dogs?

How much melatonin dose is safe for a dog to take depends on its overall weight. However, a general rule of thumb of melatonin supplements for dogs has been given below –

Also, know that more than 6 mg melatonin dosages are considered too much for a dog because even dogs that are over 100 pounds only can tolerate6 mg of melatonin dosage. If you want to give overdosages, check your dog’s weight and consult a vet. 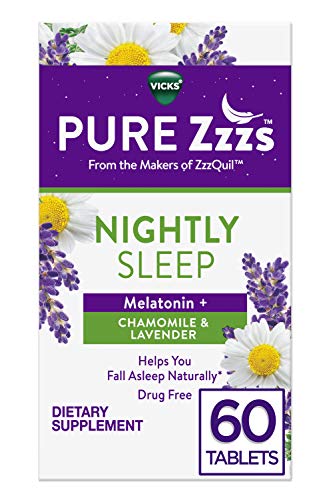 What Happens If Dogs Eats Melatonin?

Generally, melatonin is safe for dogs to consume. However, if dogs eat melatonin, it may demonstrate a few symptoms but those symptoms mostly rely on the number of dosages they have been given and the dog’s tolerance and weight.

And among all the side effects that a dog can go through after eating melatonin, lethargy is the most common one. Your dog will lethargically walk in the next morning.

Except for lethargy, the most prevalent symptoms are vomiting, diarrhea, fatigue, high blood pressure, loss of appetite, confusion, and sometimes dogs go through seizures and increased heart rate.

Melatonin supplements would rarely kill a dog, but still, moderate a dog whenever he will take melatonin.

When Should You Give Dog ZzzQuil Or Melatonin?

You should give your dog ZzzQuil or melatonin two hours before his bedtime so that the supplements can start functioning in your dog’s body to reduce his anxiety, phobia, or restlessness.

But you always should consult the vet about the timetable of giving ZzzQuil or melatonin supplements to your dog so that his anxiety soothes and he can sleep peacefully. 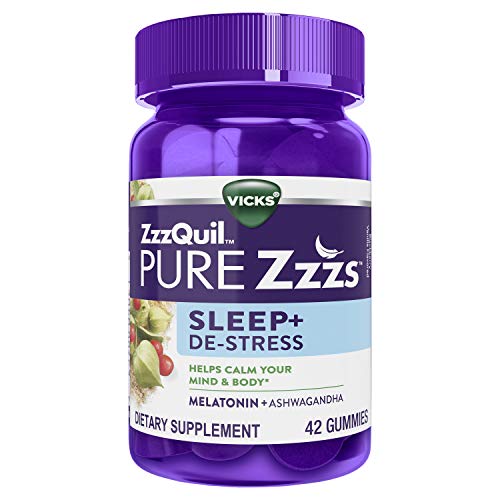 How Long Does It Take For ZzzQuil Or Melatonin To Kick In For A Dog?

It usually takes as quickly as 10 to 15 minutes for ZzzQuil or melatonin to kick in for a dog after he takes the supplements.

For this very reason, it’s suggested to pet parents to give ZzzQuil or melatonin supplements to their pet dog right before their dogs’ bedtime so that dogs can get calmed down before he goes into bed.

How Long Does ZzzQuil Or Melatonin Stay In A Dog’s System?

The effects of ZzzQuil or melatonin supplements stay active in a dog’s body for about 8 hours if the right dosage is given.

However, how long melatonin will take to wear off significantly depends on the amount of melatonin dosage you have given to your dog. So expect that melatonin may stay in a dog’s system between 4 to 8 hours maximum.

Don’t give your dog overdosages of melatonin just to make it stay in your dog’s system for a longer period, it can harm your dog.

Is Dog Melatonin The Same As Humans?

A dog’s melatonin is the same as a human’s. In fact, not only in dogs but also other animals’ melatonin is analogous to human melatonin.

Melatonin is nothing but a hormone that naturally transpires and is emitted by the pineal gland in both the dogs’ and humans’ brains.

Melatonin assists in controlling the circadian rhythms in both dogs’ and humans’ bodies which means melatonin simply operates our sleep cycles.

And since the melatonin in both our bodies and dogs’ bodies are identical, this also makes the human melatonin supplements eligible for working effectively and safely in dogs’ bodies to calm down their anxiety and makes them fall asleep. 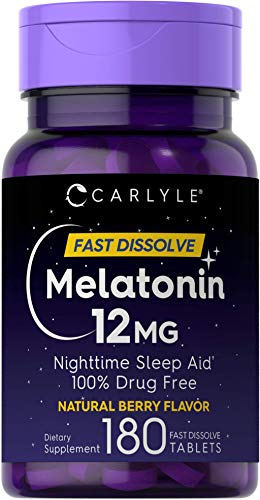 What Is The Difference Between Dog Melatonin And Human Melatonin?

There are no apparent differences are found between dog melatonin and human melatonin. It’s because the melatonin in both the animal bodies and human bodies are identical and they function intentionally too.

Melatonin works in both human and dog bodies to control the sleep cycle and notify our bodies about when we should sleep and when we should wake up. During the daytime, both dog melatonin and human melatonin start to fade away.

And during nighttime, as the night gets darker, both human and dog brain indicates the pineal gland to boost the melatonin production to make both humans and dogs sleepy

Also when the melatonin production in both the dog bodies and human bodies drops, insomnia occurs and keeps both the dogs and humans awake. So basically, human and dog melatonin has no differences. 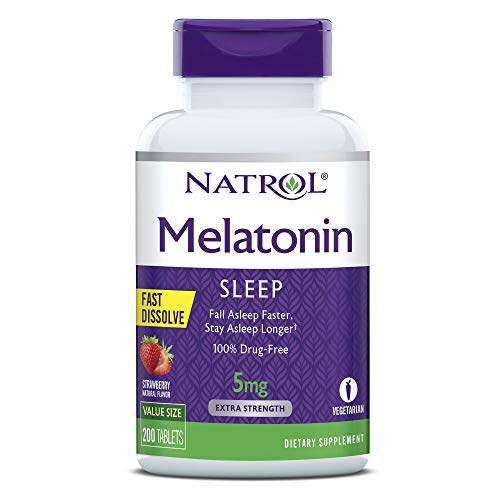 What Can I Give My Dog For Sleep?

And melatonin supplements are safe for dogs as well, just consult your vet once before your give your dog melatonin. Except for melatonin, “Rescue Remedy” and “CBD oil” are also good alternatives to make your dog sleep.